The kid’s Disney show created by Dana Terrace has been canceled due to many complaints made by angry parents about the show having “too much lgbtqia+ representation”.

Disney claims that it’s not about that and it’s because they need to have more space for new TV shows but let’s be real, Disney is homophobic. The show was supposed to last more than 4 seasons but it only lasted 2, leaving many fans with many unanswered questions.

Disney lost many monthly viewers after the show was cancelled and this might be a sign they need to either bring it back or make another series with lgbtqia+ representation.

But why is lgbtqia+ representation so important? 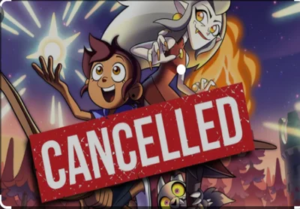 It’s because young kids need to be informed that there are different types of people and not everyone is or likes the same stuff, in order to be open minded and make older kids, who are figuring themselves out, feel that it’s okay to be different and be confident about it.